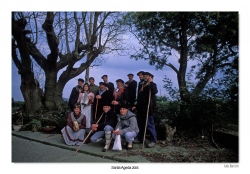 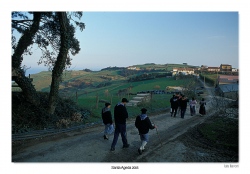 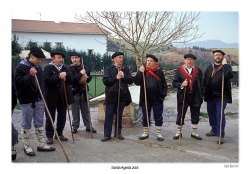 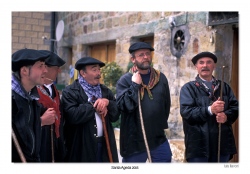 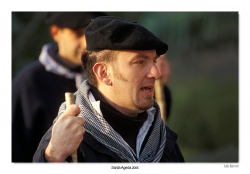 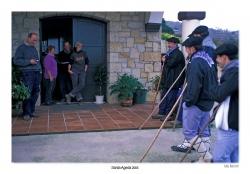 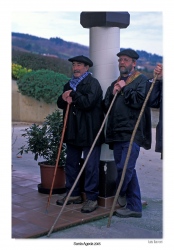 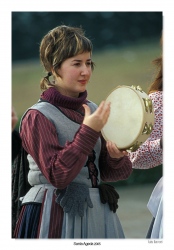 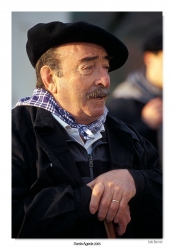 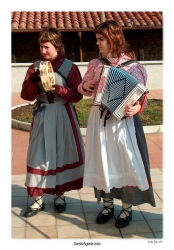 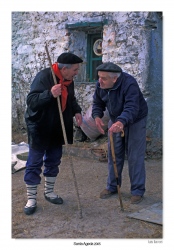 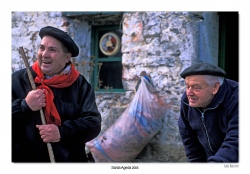 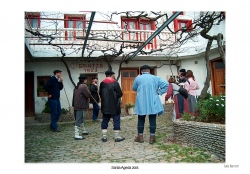 "Santa Águeda, a deep-rooted festival in the Basque Country that fills towns and villages with songs to the rhythm of makilas".

On 4 February, the eve of Saint Agatha's Day is celebrated in the Basque Country. In the Basque Country, we pay tribute to this 3rd century martyr by going out to sing on the eve of Saint Agatha (in Basque, Agate Deuna Bezpera), the day before 5 February, through the streets of the towns and neighbourhoods, in groups and with makilas (sticks) that are beaten on the ground to the rhythm of the song.

This beating and the overall act itself could have its origin in a call to the Earth to finish waking up after the winter solstice. This is an interpretation that is well understood within the constants of Basque mythology,

The origin of this tradition is essentially rural, but today it has also become urban.

In the past, young unmarried men or those of military service age (the "quintos") would gather together and go from door to door collecting money or different foodstuffs for a meal or snack. Nowadays there are groups of all ages, schools and colleges usually go on their outings, collecting money for various charitable causes.

The theme of the coplas is diverse and reminiscent of the saint but also deals with other more "mundane" themes in an attempt to raise as much money as possible. Each place usually has its own lyrics and some are accompanied by bertsolaris (popular improvisers of verses in Basque).