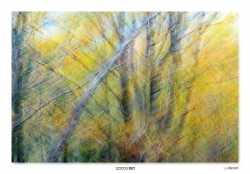 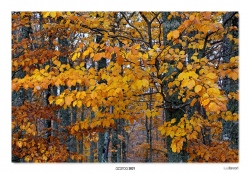 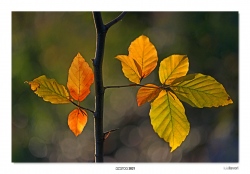 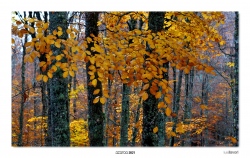 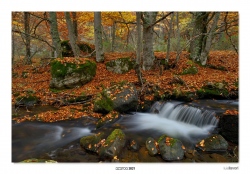 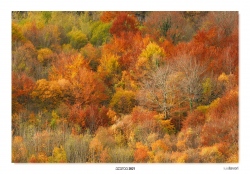 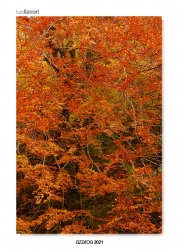 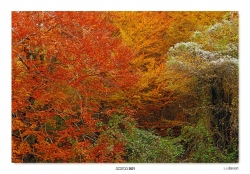 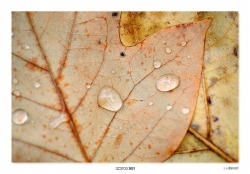 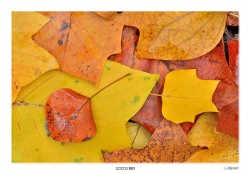 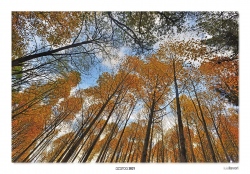 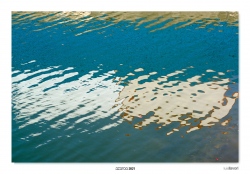 It can be said that November is the month of autumn par excellence. In case there is any doubt, you should know that the happiness curve is going down and the trees are becoming half orphaned as winter is getting dangerously close. What else can we say, not much, as this month has been scandalous. Water and cold in industrial quantities, it gives the feeling that the year is more tired than at other times at this time of year, and wants it all to end as soon as possible. To tell the truth, there has been no natural way to take many photographs. Here you have the ones I have been able to take and rescue some from oblivion, some mushrooms here, some colourful woods there, water and some of those silly things I do while moving the camera. Even so... we still have the whole month of December left and the worst thing is that as usual... we're late and bad and I only have two weeks left to finish. I don't know if I'll be able to give the finishing touch to this photo thing. What I would like to say is that we should not lack faith and illusion and as every year, we should be prepared for the lottery and be able to buy "Turrón de Mazapán" and "Sidra Champan el Gaitero”.